The advertisements below were created in 2008 by TSAA for our awareness campaign. As TS is 3 to 4 times more common in boys than girls and usually diagnosed around age 8 or 9, we focused on an 8 year old boy to tell the story. We chose to portray a mild to 'average' case to counter-balance the more severe cases normally shown in the media. TS is a spectrum disorder making it important to represent the full range of cases. TS symptoms vary from mere aggravation to severe debilitation.

One of them is where I shake my head to get my hair out of my eyes.

There’s another one where I sought of do like a little squeaking in my throat (Squeak
sound).

Tourette Syndrome is a neurological disorder that affects thousands of Australians, it is characterised by involuntary movements and vocal noises called tics.

We can’t help it and we’re just like you in every other way.

It affects each person differently.

Visit www.tourette.org.au to know more or make a donation to help us to help those with Tourettes. 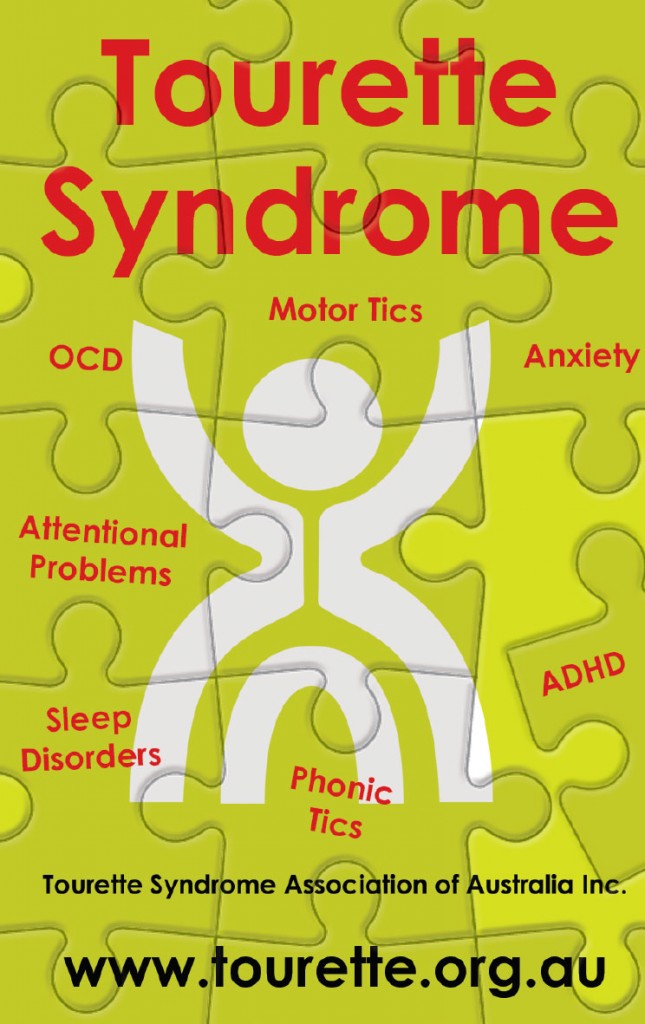 Donate to TSAA at MyCause