Please note the NSW camp has been postponed due to circumstances beyond our control. The future dates will be published when available.

Watch this space for the remainder of our camp program as the year unfolds. All 7 Camp dates can be viewed below. 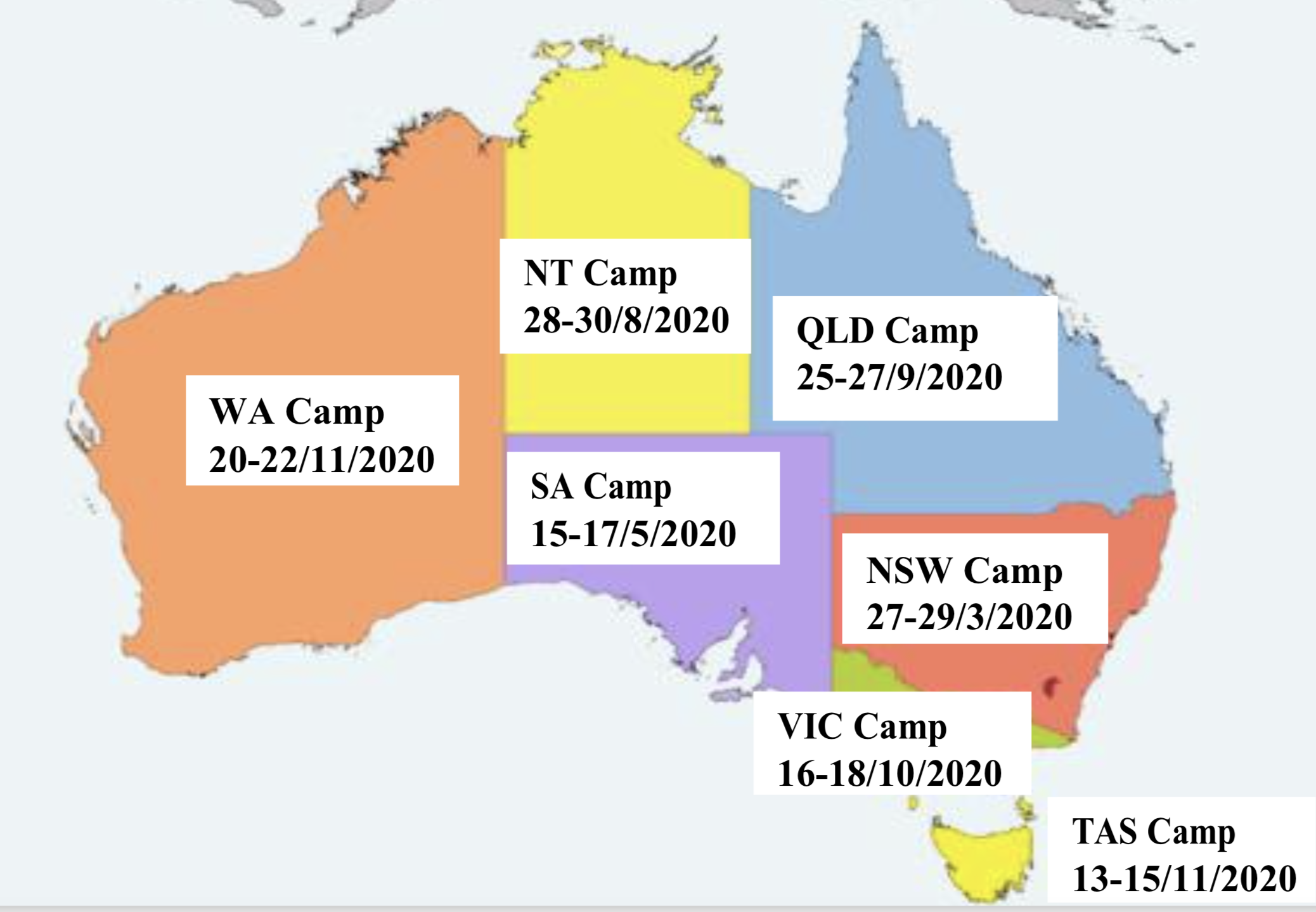 Bookings can be made here.

Off the back of the enormous response The Project are assisting TSAA in fundraising for the national camp program with the hope of making it free for all attendees next year.

Donate to our Camp Program at MyCause

In late September, The Project TV show attended our QLD camp and got to meet some of the amazing kids and parents that belong to the TSAA community. After the story went to air producers were inundated with messages of support and offers of assistance for the families they profiled.

Tourette Syndrome (TS) is a neuro developmental disorder characterised by repetitive involuntary movements (motor tics) and sounds (vocal or phonic tics). The condition affects 1 in 100 Australian kids and with no cure there is little respite out there for children and their families.

Tourette's Camp was established in 2013 by Tourette Syndrome Association of Australia (TSAA) and offers children and their families a chance to meet people like them, feel comfortable to be themselves and provide an enriched weekend of activities and fun.

Any amount is welcome and will help enormously!

*TSAA would like to acknowledge and thank the Federal Health Department, and Hon Greg Hunt MP Minister for Health for funding the remaining 50% of costs for our National Camp Program from 2018-2022.

TSAA was established in 1989 and is run by volunteers — on behalf of our community we thank you for your heartfelt support to both our story and our camp program. 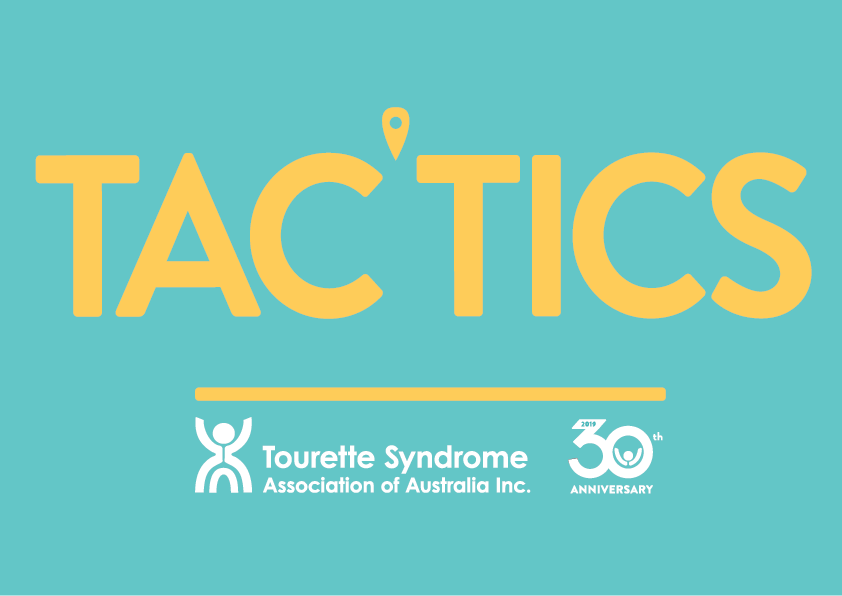 View to hear the story of TAC'TICS:

Employable Me, series 2, premieres on Tuesday 9 April at 8.30pm on ABC & ABC iview 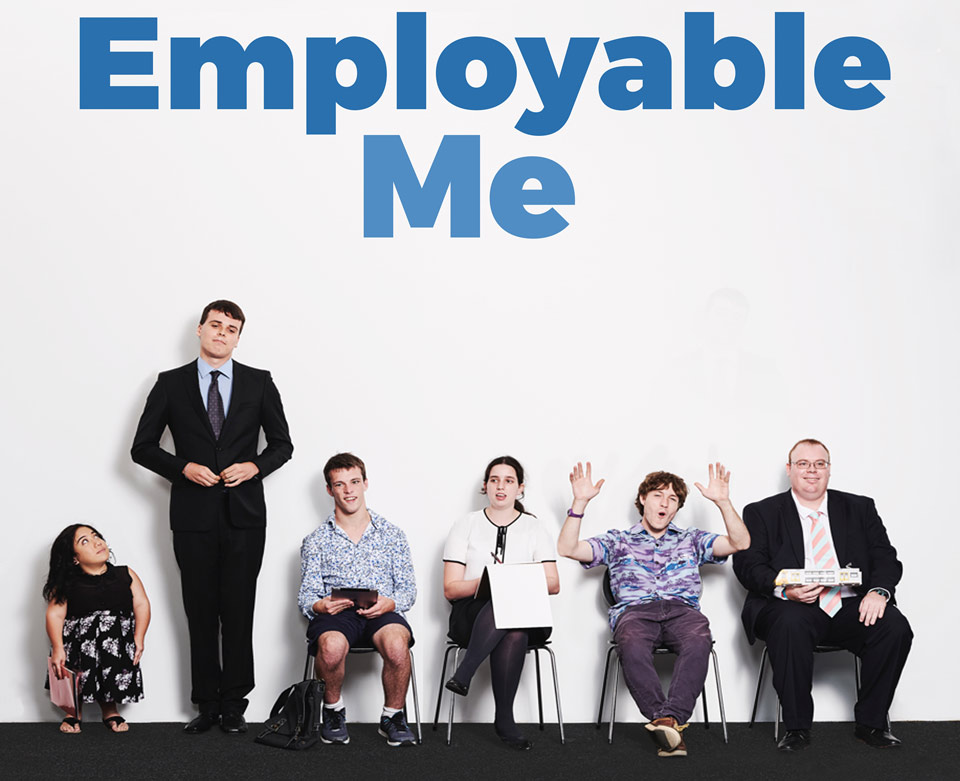 The award-winning and critically acclaimed documentary series Employable Me returns on Tuesday 9 April at 8.30pm, ABC & ABC iview, and follows the stories of nine more people with disabilities as they battle to find work. As well as neurological conditions such as autism spectrum disorder and Tourette Syndrome, this second series features people with epilepsy, cerebral palsy, dwarfism and Down Syndrome as they search for meaningful employment..

TSAA is pleased to announce receipt of funding for our 2018 and 2019 national camp program from the Hon Greg Hunt Minister for Health. This is the first federal funding TSAA has received so is very momentous. Thank you to Health Minister Greg Hunt MP, Chris Crewther MP member for Dunkley and all our supporters through the Parliamentary Friendship Group for Tourette Syndrome.

You can watch an announcement of the video here.

Tourettes camp on the ABC 7.30 Report Welcome to the Tourette Syndrome Association
of Australia Inc.

Tourette Syndrome, (TS), is a neurological disorder characterised by involuntary, irresistible body movements and vocalizations. It is complex and individual in its effect. See What is Tourette Syndrome? for a more detailed description.

People with TS seek understanding and acceptance. This website is designed to educate and inform those wishing to know more about this complex disorder.

An Introduction to life with Tourettes

The above video was created in 2008 by TSAA for our awareness campaign. As TS is 3 to 4 times more common in boys than girls and usually diagnosed around age 8 or 9, we focused on an 8 year old boy to tell the story. We chose to portray a mild to 'average' case to counter balance the more severe cases normally shown in the media. TS is a spectrum disorder making it important to represent the full range of cases. TS symptoms vary from mere aggravation to severe debilitation.

TS was first described in 1825 by French physician Itard in relation to a French noble woman Marquise de Dampierre, who exhibited strange body movements and peculiar vocalisations and obscene remarks from the age of seven.

In 1885 George Gilles de la Tourette began research into Tourette Syndrome being the first to connect multiple, complex and varied symptoms forming a syndrome. Dr Tourette named the syndrome 'Maladie des Tics' which was later named in recognition of his discovery, and called 'Gilles de la Tourette' — so we have known about it for a long time, however even today it still remains misunderstood by many.

Appropriate medical care can help control symptoms, while understanding and acceptance can accomplish even more.

Donate to TSAA at MyCause